I remember in high school you’d go exclusive with a girl you thought was just right – even if it meant missing out on the benefits of being single. First and foremost, it’s guaranteed pu$$y, additionally it’s less work to just call one girl than have to go out each friday night and find a new one.

NHL owners don’t care about cards. Remember the money the NHL gets from these companies is divided up among many NHL owners. It’s not much money for people who are usually already very wealthy.

That being said, most of these guys would bend down and grab a quarter off the ground – so you better believe they’ll let people make cards with their teams’ logo on it for money.

One of the biggest reasons why leagues like exclusives is it’s less work for them. Remember, each card needs to be approved by a rather lengthy approval process. It’s explained well in this article:

Imagine paying someone to approve all that. It’d be a full time job, and the NHL licenses 1,000’s of other products.

Panini got into the trading card in a big way beginning in 2009. Since then, based on reports,  I’d estimate Panini has spent $60,000,000+ on just “endorsements, rights and memorabilia deals.” They also employ 110+ people. 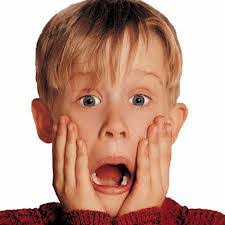 Why would you invest all that money and let Upper Deck outbid you for a license that the NHL is only going to sell to the highest bidder?

Because it’s not worth it. Today’s “decision” by the NHL was as much Panini’s top brass sticking to a price that will actually make them money. Remember, if Panini had come up with more cash they would have the exclusive … and the fact Upper Deck bought it shows you how much an NHL license is worth.

Not much. Especially to a company that is trying to sell for 1 billion Euros.

Don’t be surprised the top brass at Panini Group divest even further from the trading card business in the future. That goes for current or future potential buyers of Panini. Making high end trading cards is both labor and capital intensive – stickers aren’t.

Personally I think collectors are the only ones who loose in this situation.

#1 Upper Deck lands an exclusive license they needed, especially having Gretzky locked up.

#2 Panini ditches something that doesn’t make them much money, and allows them to focus more man hours on the sports they do still have. Not to mention, the company has been for sale for over a year. Maybe potential buyout groups want this to be a sign of things to come? Panini’s never going to come out with a press release and blame anyone but the NHL – that’s because they can’t say “we didn’t bid high enough because our strategy going forward is going to be different”

#3 The NHL gets to cut down on the number of cards/sets they need to approve – therefore cutting headaches on their end. They don’t care about Upper Deck or you. When Upper Deck’s license expires, they’ll squeeze the next idiot who wants to pay the most for it. These NHL owners all didn’t get rich being nice to people.

Personally I see today as more of a strategy shift that will be taking place at Panini than the NHL making a big move. Leagues care about money, not companies, cards or collectors. Blame who you want – but Panini ain’t gonna make it rain like they have the last 5 years.